It is totally weird to write about yesterday while you (the reader) are still IN yesterday. Hard concept to comprehend.

So anyway, MBD and I got out yesterday in search of a free WiFi cafe…don’t get me started. More on WiFi or lack there of later. I found an app for the iPhone that supposedly lists all of the free WiFi cafes close to my location. We headed up to Darling St. in search of Circle Cafe. Never found it. Now I have a frustrated daughter who wants to get a cab back home 4 BLOCKS AWAY! This is what automobiles have done to our lives. She hates the walks but has been very willing to get out each day. To make matters more challenging, the suburb we are temporarily located in (Thank God!) is extremely hilly (think San Francisco.) So I suggested we cross the street and go down the hill on the other side. MBD hopefully asked, “Is it shorter that way?” Oh well…..

We made our way down the street admiring the awesome shops and what they had to offer. This one caught my eye: 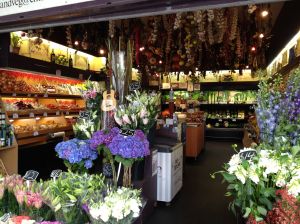 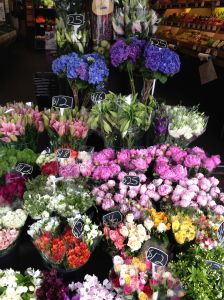 We moved on farther when I spotted a hardware store. The linoleum floors in the apartment are nasty gross (meaning a broom won’t touch them and there is not a vacuum in sight) and I am desperately trying to find the equivalent of the Swiffer Mop from the states. Well let me tell you, that hardware store looked like they were going out of business but the proprietor was busy at the desk pricing new items. Things were on the floor that had fallen from the racks but they had just been pushed to the side. Dust was collecting on and in between all of these things. Yuck. The only redeeming item there was a beautiful parrot sitting on top of her cage. I pointed it out to MBD and continued walking down that icky aisle. I went back up the other side (evidently the shorter distance according to MBD) and there was no Swiffer in sight! Dagnabbitt! Well I rounded the desk to make my way out and came upon this: 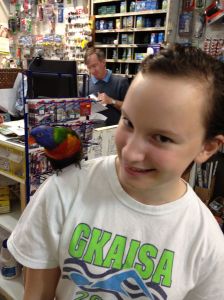 What a beauty she was! She really liked MBD’s pony tail holder and promptly bit me when I tried to remove her. She eventually moved to my shoulders but was more interested in my Vera Bradley roller bag. (Before any of you snicker, remember we were headed to an internet cafe. The roller bag was needed.) She (yes, I DO know it was a she because the owner called her one as in, Me:”It’s really going for my colorful bag.” Owner: “Yes, SHE is.” So there) nibbled every surface of the VB and before she could take a dump, I moved her back to her cage. Off we go.

So we moved on down the hill (the shorter distance to the apartment….) and I asked if she wanted to stop and have some lunch. That was a negatory, Houston. We DO NOT want to stop for lunch. At the bottom of the hill in the city centre, I decided I woud take lunch home so I wouldn’t have to make it when we got back. We stopped at this great place that had mounds and mounds of every kind of salad you could think up, tons of filo pastries and hot chicken and sides in the back. 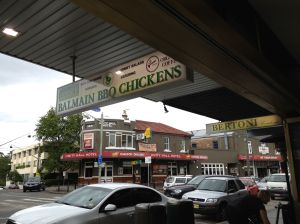 I ordered a serving of tabouli and a chicken mushroom filo pastry. MBD ordered the caesar salad. Uh huh, you read it right. MBD ORDERED LETTUCE FOR LUNCH! And for our treat, we ordered a serving of the buttered garlic sliced potatoes. OMG, that was the most delicious food we had ever tasted. We decided it was SINFUL but that didn’t stop us from eating it. Get this, MBD took a few bites of the potatoes but immediately went back to her LETTUCE! I didn’t have the heart to tell her along with the salad and chicken were tiny pieces of anchovies. I guess she’ll find out if she reads this.